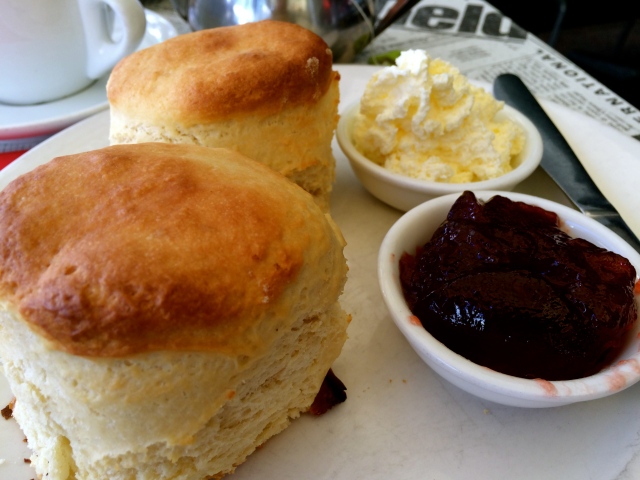 Just one of two City Extra outlets in Sydney, this one in Parramatta is subdued compared to the Circular Quay location. It’s virtually empty at lunchtime on Saturday. Located on the Church Street restaurant strip, City Extra is perfectly placed in the middle of the action and remains open 24/7 for late night munchies. The menu claims that all food is baked fresh on the premises daily, and that includes the scones. Really, how hard is it to bake scones to order? You don’t heat up pancakes? This spread is identical to the one I had in Circular Quay, which says something about City Extra’s consistency. The scones are crispy on the outside and soft in the middle, and although they’re probably made from a commercial scone mix (I don’t know – just saying), the scones rank up there as some of the better one’s I’ve eaten. But what can make or break a Devonshire Tea worth eating is the quality of the jam and cream. Here the jam and the fresh light cream are adequate, but not a stand out feature. But bravo for the freshly baked scones!

Overall: The ‘go to’ place for an after hours scone craving. 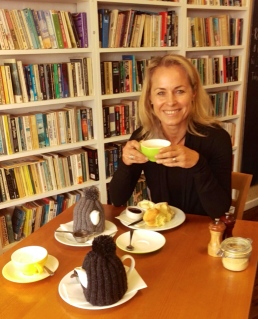