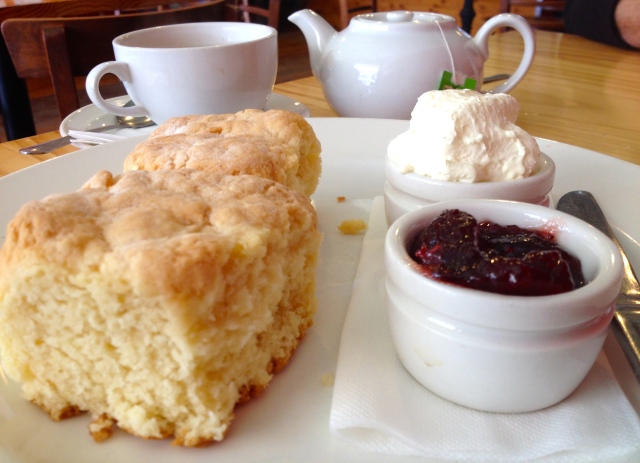 An old gold mining town and one of the former homes of poet and writer Henry Lawson, Gulgong’s well-preserved architecture easily transports you back to its heyday in the 1800s. The small town just outside of Mudgee still supports four pubs and has the oldest continually operating opera house in the country – the Prince of Wales Opera House. Upon entering Mayne Street you’d be forgiven for feeling you should be either on horseback or in a carriage, it’s that sort of place that evokes these kinds of whims. I love the former Gulgong department store facade that now houses the IGA, and the countless decommissioned pubs that now function as other businesses. There aren’t too many cafes in town, so I am pleased to stumble upon the Butcher Shop Cafe (although not to be mistaken for Mudgee’s Butcher Shop Cafe). It doesn’t look as though it was an actual butchers shop, although there is a vintage ‘Butchers Shop’ sign hanging from the ceiling, and other random antiques. Regarding the scones, they are a bit cake-like in consistency although soft and creamy. They’re also quite big so there isn’t enough jam and the super light cream doesn’t do the Devonshire Tea justice. I was also hoping for something beyond a Nerada tea bag, which isn’t quite strong enough for a teapot.

Overall: It’s the only place in town that has scones daily.