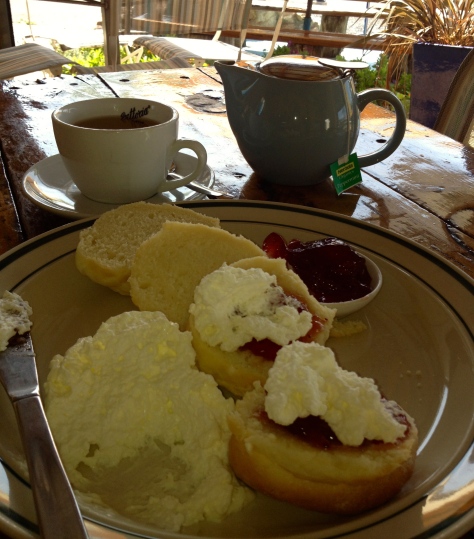 Unlike the nearby restaurants and cafes at Snug Cove in Eden’s historic port area, The Taste of Eden is just a bit further removed to have clear views of the fishing trawlers lining the jetty. The cafe is bright and cheerful and feels as though it should be right on the beach as it’s decked out in pale yellows and blues. We’re the only patrons this particular afternoon and so have the place to ourselves. The scones look promising, sitting pretty on the counter, but arrive rather exposed at the table already sliced in half like little cakes. They are dry and quite unappetising to say the least, and the mediocre jam and the light cream dissolves on my knife. Don’t let it stop you taking a stroll or doing the things you do in a fishing town – eating fish ‘n’ chips!

Tea: A small selection of teabags served in a small pot.

Overall: The nautical touches are inline with the theme in Eden.